Vanrooy Machinery is still open and is business as usual for all our customers.
https://vanrooy.com.au/gelato-equipment/
Gelato Equipment

Italian Gelato is traditionally made with a base of milk, cream and sugar and flavoured with fruit, nut purees and other flavourings such as liquors etc. It is traditionally softer than other Ice-Creams and is steeped in a rich history. Some say that it originated in Sicily & Rome where snow and ice were brought down from the mountains, flavoured and served to a lucky few. Others believe it came from Marco Polo's adventures to China, where salt was added to shaved ice and then flavours and technique perfected over time. Regardless, Gelato is now a delicious treat loved by people of all ages and enjoyed across the world throughout every season. In fact, it is commonly known that gelato is at its best when it is cold outside.

What is the difference between Gelato, Ice Cream and Sorbet? Basically, the sugar, fat and overrun ratios are different in each.

When choosing the equipment for your Gelateria, it is vital that both realistic and forecasted production volumes are taken into consideration along with the production method â€“

Hot Process â€“ one of the most widely used processes involving the use of a pasteurizer which heats up the ingredients for gelato / ice cream before dropping the temperature. This creates a microbiologically safe mixture and allows stabilizers and emulsifiers to perform properly.

The Gelato is then placed in a
batch freezer where it is frozen and stirred to incorporate air, allowing the control of small ice crystals giving gelato its smooth and creamy texture. There are machines, like the all-in-one and Cream Plus, that incorporate both of these processes in the one machine, simplifying the process and allowing greater control over the final product.

The hot process is used for gelato as it allows greater flexibility for the customisation and creation of recipes whilst also offering a longer shelf life.

Cold Process â€“ uses raw ingredients that are already microbiologically safe, eliminating the need for a pasteuriser. Ingredients are mixed with a cold process base and flavour, then placed directly in a batch freezer where the process of freezing and stirring is completed. Gelato made this way has a shorter shelf life than gelato made with hot process.

Sprint Process â€“ is an easier and quicker way to produce gelato. Either milk or water is added to a pre-packaged mixture which contains flavour, stabilisers and emulsifiers, in a batch freezer for freezing and stirring. Whilst the sprint process allows for the production of gelato with a large variety of flavours in a short period of time, the downside is that there is little opportunity to be creative and experiment with flavours.

Van Rooy Machinery offers only the highest quality European equipment. Thanks to the collaboration with the ICETECH and MULTIPROGET subsidiaries, FRIGOGELO is the only Italian compan that can offer its customers ice cream machines and customised furnishing manufactured by the company itself. Thanks to the strong commitment to maintaining high qualitative standards, over the years FRIGOGELO has become an important ambassador of Made in Italy worldwide. 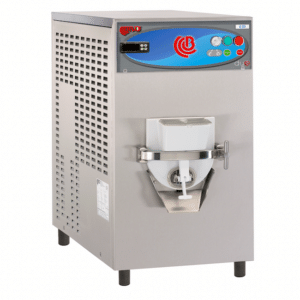 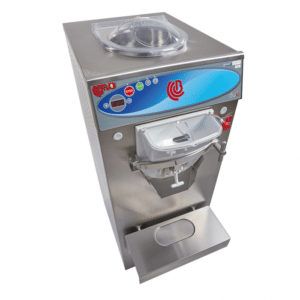 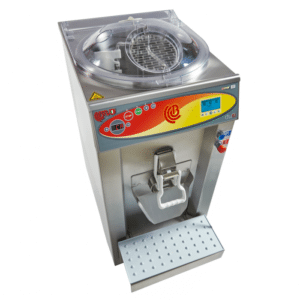 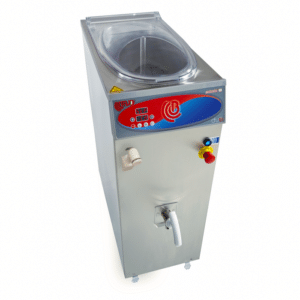 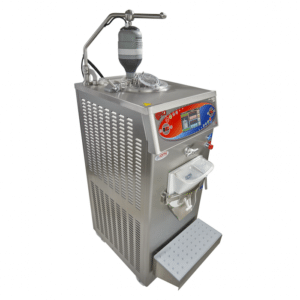 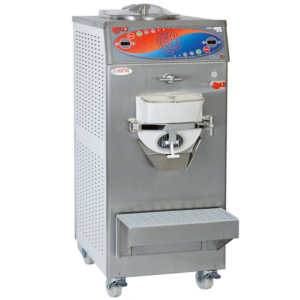 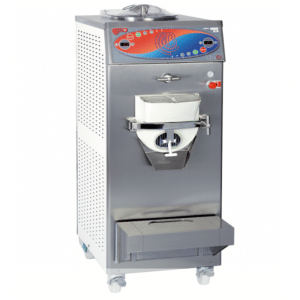 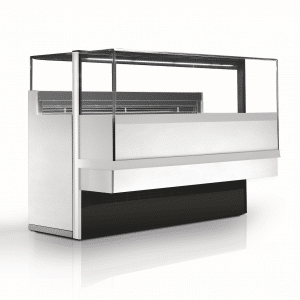 Your turn to innovate