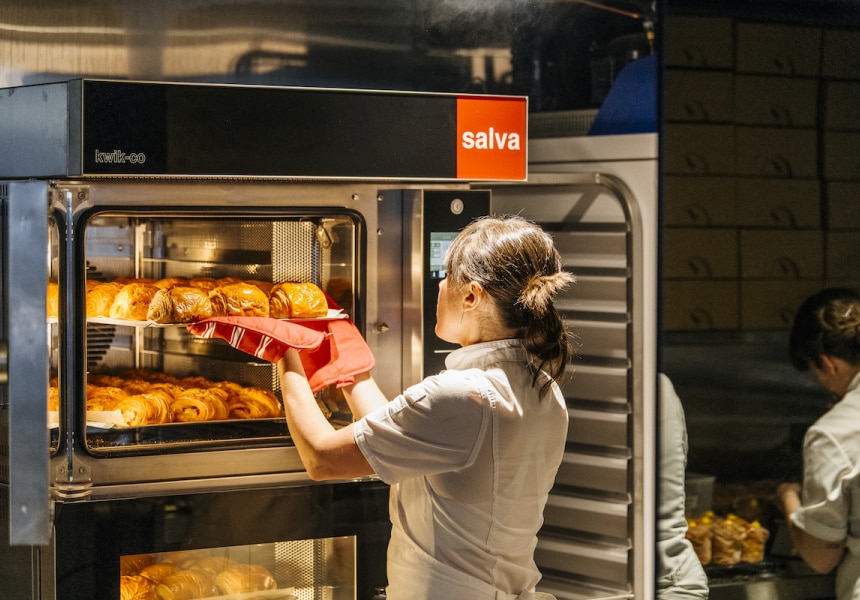 Salva Worldwide Dealer of the Year

Vanrooy are extremely excited to announce that we have been named the Salva Worldwide Dealer of the year for consecutive years running. This acknowledgment is a fantastic achievement for Vanrooy and even more amazing to have back it up year after year.

“Considering Australia is only a very small consumer of the worlds bread and pastry sector, it is incredible to see that Vanrooy has managed to continue our world-class Salva sales support” David Van Rooy. David also stated that “Salva has been working with Vanrooy for 37 years and it has been amazing to see both companies grow together”

From your small, single owner/operated bakeries to the national scale of Woolworths supermarkets, Salva is helping to improve the quality and ease in which Vanrooy customers achieve their bakery and pastry goals. Head down to your local Woolworths Supermarket, walk over to the bakery facilities and observe the fantastic product being produced from their Salva equipment each and every day.

Maybe you choose to go visit your local patisserie. We have amazing patisseries all around Australia including Lune, Penny for Pound, Abbots and Kinney just to name a few. These guys all have Salva products at the forefront of the store design and aesthetics.

They have all told us how amazing the Salva equipment is built and presented. The sleek black glass and touchscreen controls panels give a futuristic look that exemplifies the aesthetic nature they wish to achieve in their shop layouts and designs. Not only do the machines look beautiful though, the customer interaction is much more exciting when they can see and smell the machines in operation right in front of their eyes.

This is the type of interaction, smell, taste and feel we brought to Fine Foods 2018 in Melbourne, where the Salva Iverpan achieved a very close second place in the Innovation awards. The awards covered every product from new innovative machinery to unseen food concepts. It was a great moment for Vanrooy and especially Salva to be a part of, with their hard work being recognised.

We would like to thank Salva for the support they have shown us over the years and for the fantastic innovation and forward thinking they continue to bring. Salva continue to explore and look far ahead into the future, not just at the immediate market.

We encourage all our customers to see the innovative Salva equipment in action at The Vanrooy Test Kitchen which is where you will also find our framed Worldwide Dealer of the year awards.

Salva has been designing and manufacturing professional solutions for bakers and patisier’s since 1943. Their goal has been to always bring quality, reliability and robustness which is why 80% of Salva’s sold in the last 20 years are still in daily operation. With their renowned quality and quest for innovation recognised, Salva is now in 87 different countries and have a huge network of ambassadors and staff to ensure the highest standard are met around the globe.

Salva is a lot larger than most of you may realise. With 150 employees and many more partners/dealers all around the world it’s safe to say Salva is here to stay. The most important thing however is despite the company’s growth and size, it is still family owned, run and operated to this day, something they don’t planning on changing anytime soon.

This is why Vanrooy and Salva have such a strong relationship, both family owned, both striving to be innovative and most importantly, both determined to ensure the perfect solution and service is achieved for our customers.

There’s a new kid on the bread block, and you’re going to be best friends!  Introducing Rustique Boulangerie,...

Ever wondered how chocolatiers cover fruits, nuts and other delicious goods with chocolate so perfectly? It’s through an original, artisan...

There’s a new kid on the bread block, and you’re going to be best friends!  Introducing Rustique Boulangerie,... 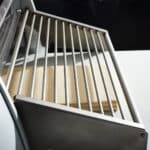 Win a Tekno Stamap pastry sheeter with Vanrooy and EOI 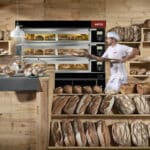