Vanrooy Machinery is still open and is business as usual for all our customers. 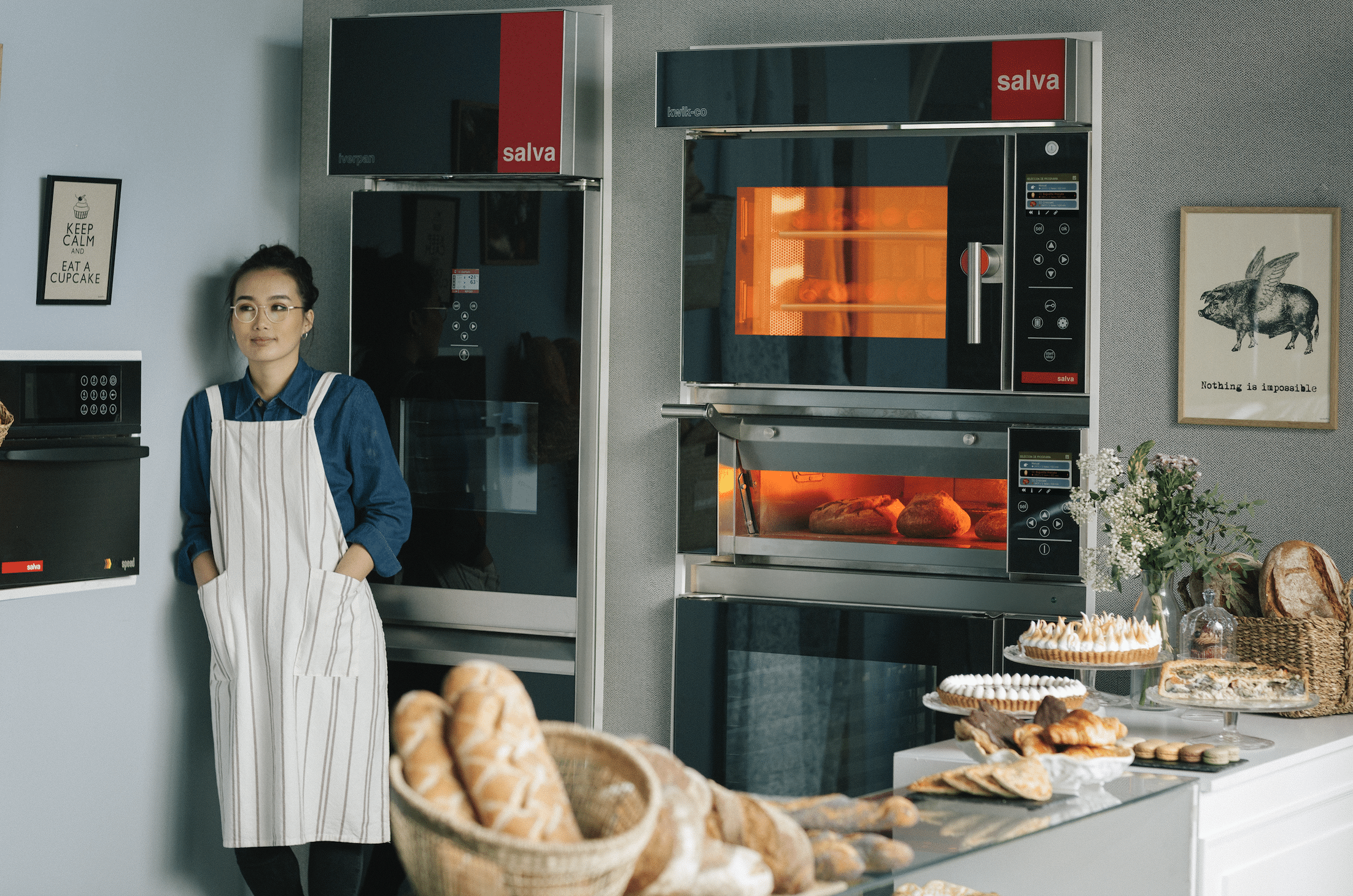 Why the new Salva Iverpan Retarder Proofer is winning innovation awards around the world.

For Vanrooy and our customers, we understand the importance of supplying the highest quality equipment that not only completes its tasks with ease and simplicity, but also mitigates other areas such as power consumption and safety.

The new Salva Iverpan Retarder Proofer/Proover range is at the forefront of this belief. Presented with innovation awards around the world for its excellence of thinking outside the box and into the future, the Iverpan has been designed with more than just bread and pastries in mind. Below we explain why the new Iverpan is so amazing, how it will save you money and why it placed second at the Australian Fine Food Innovation Awards.

The bold new Salva Iverpan range emphasises the importance of external beauty. No more a machine comprised only of stainless steel, Salva placed high importance on improving the external image of the equipment to match the features and functionality inside. This was considered a top priority for the Iverpan, not only to aesthetically match the rest of the Salva range but to show the innovative direction of Iverpan. Black glass panelling and a sleek new design have given the new generation of Salva Iverpan’s a futuristic look whilst distinguishing itself from the rest of the market.

The new Iverpan was designed to meet and improve on an array of areas including design, product quality, features, energy efficiency and technology. From feedback regarding the previous model, Salva has implemented an abundance of changes to combat future changes and technological advancements. Unlike the competition, the FCX 20 has Salvalink built in that is able to diagnose problems, update software and analyse performance. This is built into the new glass front that features a electromagnetic door for safety and cleanliness of the design.

Not only can the new FCX 20 stand at the forefront of a shop design or kitchen, the new touch screen panel is not like anything seen before on proofers. Technologically advanced to all its competition, the touch screen buttons are not only aesthetically pleasing but really help the usability of the machine. A highlight of this is the FCX 20’s ability to save up to 100 programs, ensuring you always achieve your desired product consistently.

The door on the new FCX 20 is where most of the innovation lies. Adopting new electromagnetic technology, the door is able to offer a greater seal which benefits running times and energy efficiency. Not only is the new door and front of the machine aesthetically pleasing, it’s new innovative design has allowed Salva to give the end user the choice on which side the electromagnetic door opens and seals from. The new door design also places emphasis on user safety, with a new locking feature implemented during any critical processes and a mechanical safety opening available via automatic and manual function.

A condensation tank has been designed into the electromagnetic door to prevent any hazardous dripping onto the floor and to stop condensation inside the machine. From the innovative improvements to the door, the FCX 20 has been able to improve its performance by more than 20% and reduce it’s global warming impact/factor by more than 65%.

The Iverpan is a unique system created and originally innovated by Salva, since being replicated by many other companies. The new FCX 20 uses those original qualities founded with new innovative features to steam, cool and heat the product inside. These processes are able to be carried out individually or in unison and allow for greater control and consistency of the end product. As previously mentioned, with the extensive new features including the electromagnetic door, touch screen controls and updated interior chamber applied to the FCX 20, it has created an ease of use not seen before in the industry. The new features allow the user to achieve a product in a more environmentally, cost effective and efficient manner whilst never having to worry about diagnosing issues or downloading software with the new inbuilt Salvalink system.

Years in the making, the FCX 20 was subject to a abundance of performance, material and environmental tests to ensure it’s capability’s would match it’s new futuristic looks. Under real working conditions, the FCX 20 (at capacity) was able increase performance by over 20%, implement greater stabilisation, reduce its global warming impact by over 65%, decrease it’s power use/ cost and increase it’s air distribution. (Refer to slide for more information)

The new touch panel located in the middle of the FCX 20’s new design has been created with simplicity in mind. The “intuitive” control panel allows users to simply scroll through and set programs whilst allowing simple manual control if desired. The program adopts pictograms for ease of use and will even log the last 64 events that have occurred. Instructions and videos on how to use the simplistic control panel are provided along with how to use Salvalink within the screen. Again like the product performance, the ergonomics and user friendliness was extensively tested to ensure confusion or further assistance would not occur after instillation.

A priority for Salva, the FCX 20 as previously discussed helps users save money whilst increasing their product capabilities. By using the innovative new design, the Iverpan will decrease your environmental footprint, decrease power/energy usage and increase product quality resulting in ingredient savings. This further results in a product that can no longer dry out which will mean zero wastage and greater efficiency. (Power/energy costs will differ per country and cannot be directly measured to a dollar amount)

The new FCX 20 meets the demands and needs of the modern baker. With increasing costs and emphasis on efficiency/technologically advanced machinery, the Iverpan is able to meet these requirements. We have had overwhelming feedback from all customers so far, with a rollout to Woolworths taking place thanks to the FCX’s exceptional performance and features.

Salva are able to make the new Iverpan with less resources and greater customisability resulting in eco friendly materials, performance, energy saving capabilities and the decrease of its environmental footprint.

Discover more about the Salva Iverpan by clicking the link below or come into the Vanrooy Test Kitchen to try one out for yourself. 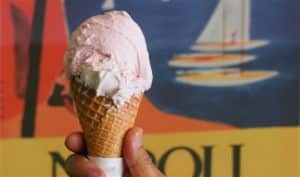 Pastry, Gelato And Chocolate In One Machine With Bravo

Introducing Bravo  Vanrooy are incredibly excited to announce our new exclusive partnership with Bravo. Bravo have an extensive and diverse... 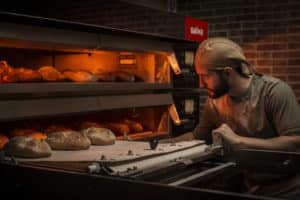 Join us in The Test Kitchen with Zoom

Are you stuck at home and wanting something to do, or simply cannot make it into our test kitchen? We’ve...

Introducing Bravo  Vanrooy are incredibly excited to announce our new exclusive partnership with Bravo. Bravo have an extensive and diverse... 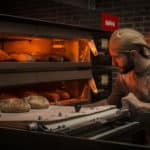 Join us in The Test Kitchen with Zoom 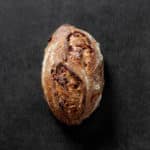 Making your own flour and bread with Mockmill 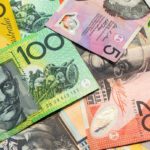 How the $150,000 instant asset write off scheme will assist you 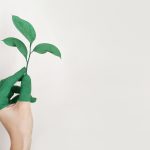