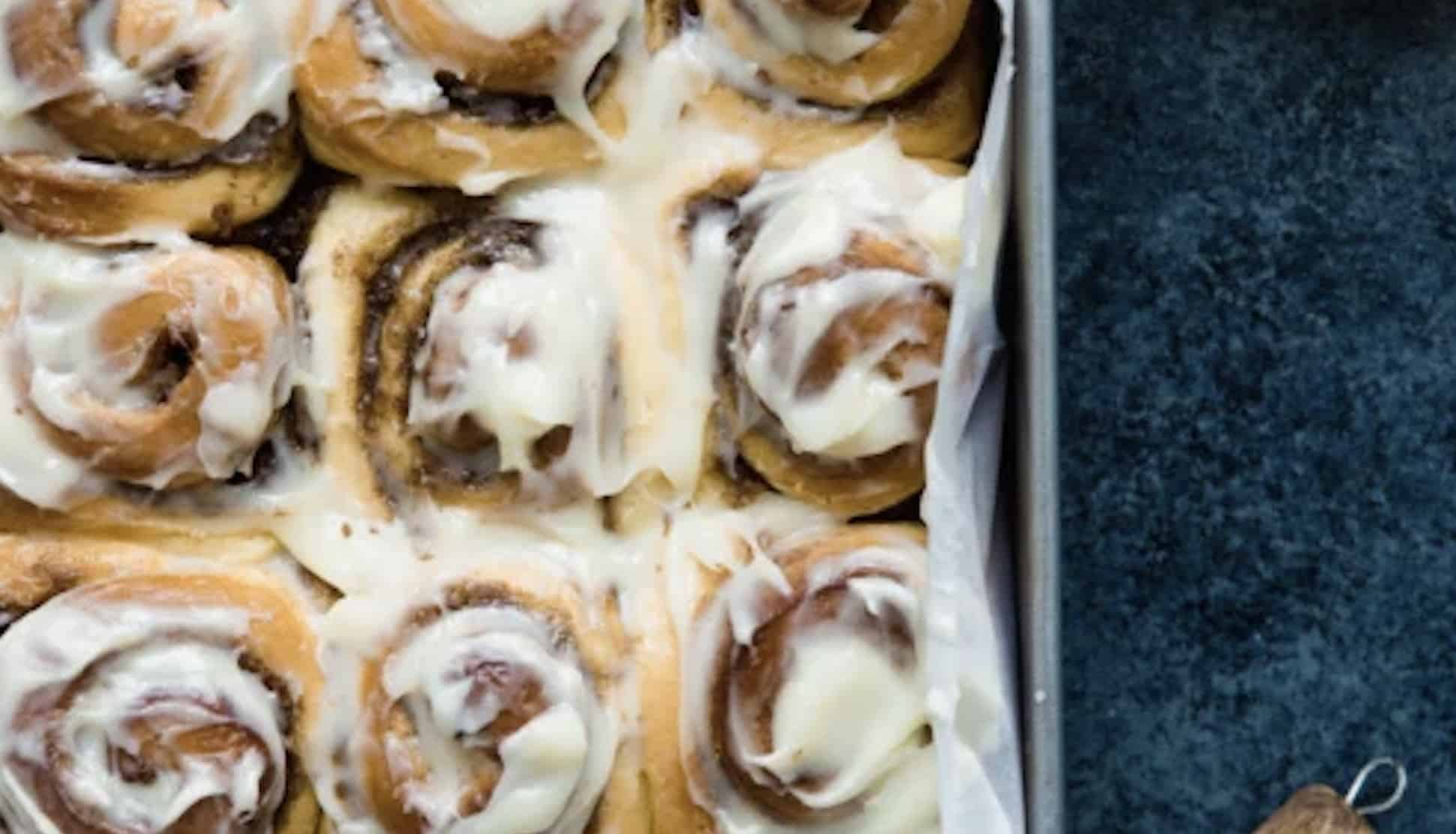 Considering most of the country is in some kind of lockdown at the moment as a result of growing COVID-19 cases, we wanted to share a delicious Cinnamon Scroll recipe with you. These scrolls can be made in larger quantities in kitchens with a proper commercial set-up, or more simply, just at home! Either way, theyâ€™re delicious.Â

The first Cinnamon Scroll was baked in Sweden, where they have an entire day dedicated to the sweet treat on October 4th. The Swiss Cinnamon Scrolls, also known as â€˜kanelbulleâ€™, are social institutions, and are commonly enjoyed during FIKA, a get-together with friends.Â

You can find the full recipe below, thanks to Ambitious Kitchen, as well as a step-by-step guide on our YouTube channel here.

For the cream cheese frosting:Â

To make the Scrolls:

Warm milk in the microwave for 40-45 seconds until the temperature is similar to what you would expect a warm bath to be. Transfer warm milk to the bowl of an electric mixer and sprinkle the yeast on top. Add in sugar, egg, egg yolk and melted butter. Mix until well combined.Â

Next, stir in flour and salt until a dough begins to form. Place dough hook on stand mixer and knead dough on medium speed for 8 minutes. Dough should form into a nice ball and be slightly sticky. If it’s TOO sticky (meaning it’s sticking to the bottom of the mixer, add in 2 tablespoons more bread flour.) If you donâ€™t want to use an electric mixer, you can use your hands to knead the dough for 8-10 minutes on a well-floured surface.Â

Transfer the dough ball to a well-oiled bowl and cover with a tea towel or cling wrap. Allow the dough to rise for 1 hour to 1 Â½ hours, or until doubled in size. This may be more or less time depending on the humidity and temperature in your home. After the dough has doubled in size, transfer dough to a well-floured surface and roll out into a 14×9 inch rectangle.Â

Spread softened butter over the dough, leaving a Â¼ inch margin at the far side of the dough. In a small bowl, mix together brown sugar and cinnamon. Use your hands to sprinkle mixture over the buttered dough, then rub the brown sugar mixture into the butter.Â

Tightly roll dough up, starting from the 9-inch side and place seam side down making sure to seal the edges of the dough as best you can. You will probably need to cut off about an inch off the ends of the dough as the ends wonâ€™t be as full of cinnamon sugar as weâ€™d want it to be.Â

Cut into 1 inch sections with a serrated knife or floss. You should get 9-11 large pieces. Then, place the cinnamon scrolls in a greased 9×9 inch baking pan or round 9 inch cake pan. Cover with a tea towel or plastic wrap (or both) and leave to rise again for 30-45 minutes.Â

Preheat the oven to 180 degrees C.Â

In the bowl of an electric mixer, combine the cream cheese, butter, icing sugar and vanilla. Beat until smooth and fluffy. Spread over cinnamon rolls and serve immediately. Enjoy!

Whether you are setting up your first Artisan Bakery or simply looking to upgrade your equipment, Vanrooy Machinery has all... 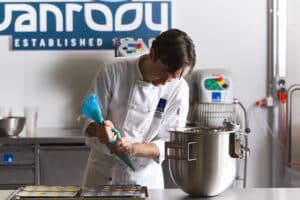 â€œBeing hands on and letting our customers see their own product going through each machine really allows us to understand...

Whether you are setting up your first Artisan Bakery or simply looking to upgrade your equipment, Vanrooy Machinery has all... 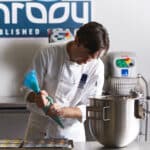 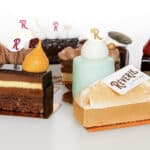 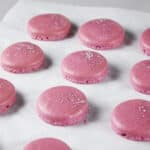 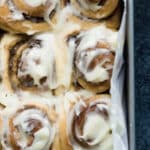